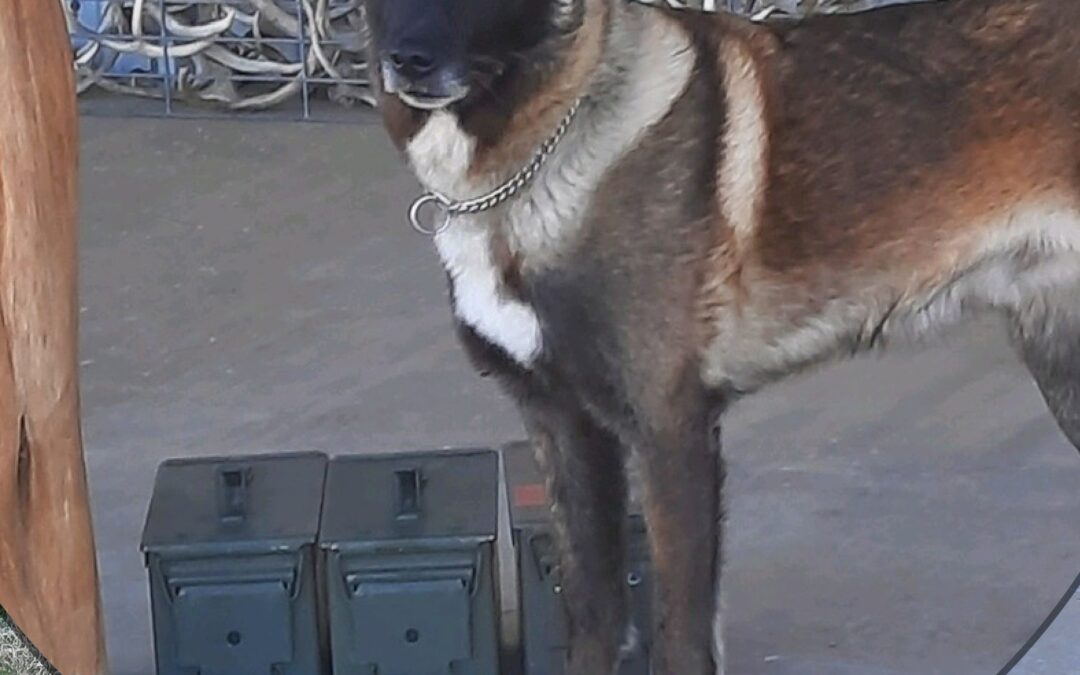 Retired Special Op’s Military Working Dog, Conan visited the Divided Find Ranch!!! Conan is a special operations military working dog in the United States 1st SFOD-D. He is a male Belgian Malinois and was named after former Tonight Show host and comedian Conan O’Brien due to his shaggy hair. Conan took part in the Barisha raid in Syria, which resulted in the death of Abu Bakr al-Baghdadi, the then-leader of the Islamic State of Iraq and the Levant terror organization on October 27, 2019. He chased Baghdadi down into a tunnel where the terror leader detonated his suicide vest.